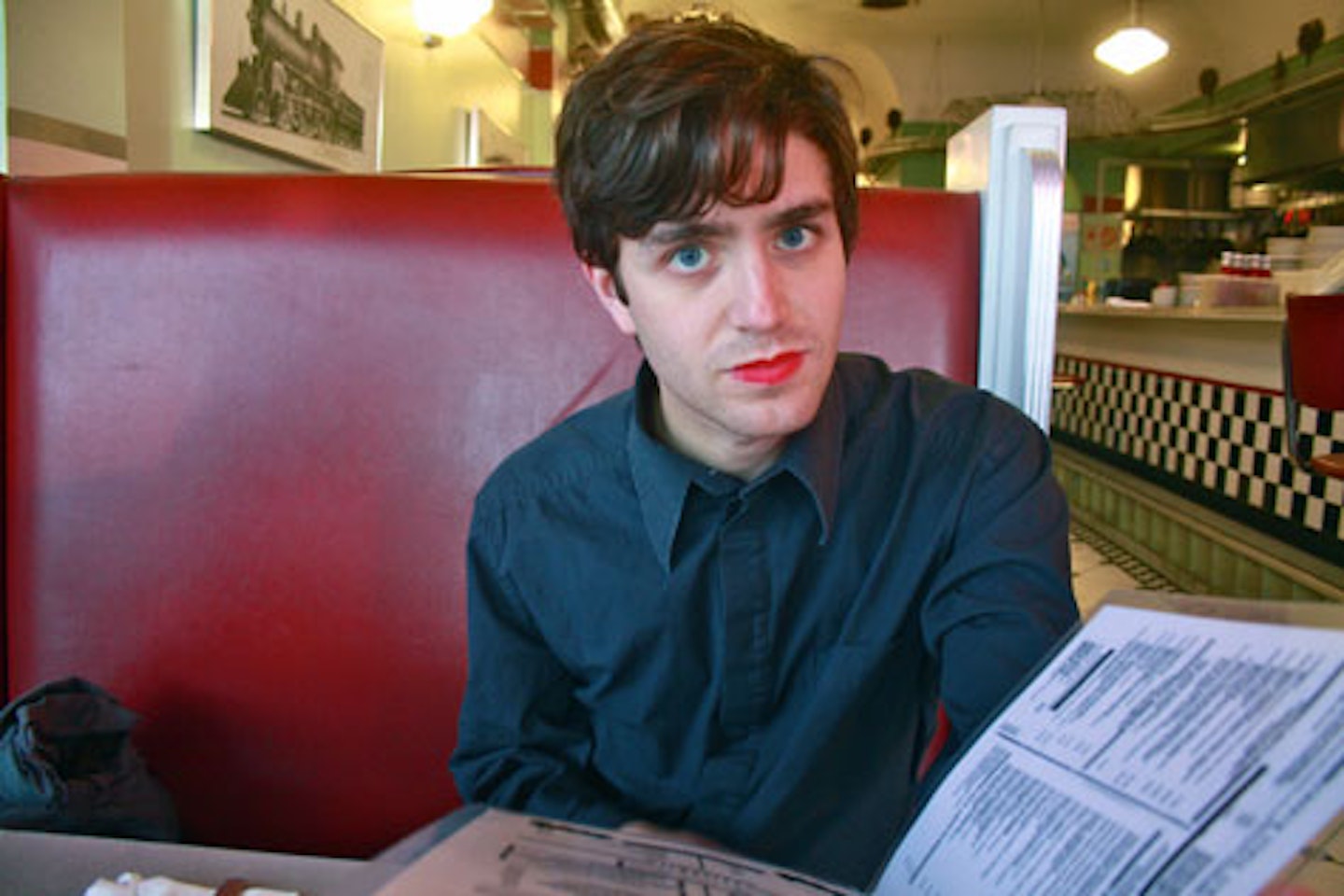 Day of the Dog saw Ezra Furman progress from the dark chamber-pop and gorgeous balladry of his solo debut and emerging as a stylish, technicolor, pulse-quickening rock provocateur conjuring an intriguing selection of iconic vintage styles. With early singles My Zero and Tell ‘em All to go to Hell all being playlisted on BBC 6 Music, and with a five-star Guardian review under his belt, Furman returns to the UK off the back of a sold-out tour to play a string of festivals over the summer including Dot to Dot, End of the Road andBestival. After selling out Soup Kitchen earlier in the year, Ezra returns to Manchester – this time to play Band on the Wall.

Day of the Dog was recorded with the members of his regular touring band The Boy-Friends: Sam Durkes – drums, percussion; Ben Joseph – piano, miscellaneous; Jorgen Jorgensen – bass, miscellaneous; Tim Sandusky – saxophone. Furman supplied vocals, guitar, miscellaneous. Throughout the album, there is a sense of bold ambition and grand artistry in the tradition of songwriting giants of the past, but set apart by an undercurrent of deranged, ragged glory.

Songs like My Zero and Been So Strange take the broad-stroke tunefulness 1980s heartland rock, strip off the gloss, deconstruct it, and reassemble it along unsettling and far more potent lines. Tell ‘Em All to Go to Hell, Anything Can Happen and And Maybe God is a Train, affect a lurid 1970s glam stance – jittery drumming driving glitter-and-dirt smeared guitar, strategically gilded with leering sax lines. Meanwhile, the title track evokes the shock therapy of John Lennon’s initial harrowing post-Beatles albums – stark piano chords reverberating over massive but minimalist drums. Through it all, Ezra sings in a uniquely stylised yet powerful voice that alternates between odd, tremulous beauty and startling, guttural viscerality.

He formed his first band, Ezra Furman & the Harpoons, in 2006 while attending Tufts University. His lead singing and songwriting connected with listeners like a left hook to the jaw, a mix of stinging garage-rock and stripped-down acoustic numbers. He would write and record a total of four albums with this combo: Banging Down the Doors (2007), Inside the Human Body (2008), Moon Face (2009) and Mysterious Power (2011). Furman and the band toured extensively during this period, winning a cult of hardcore fans across the US as well as in Europe.

Ultimately, Ezra parted ways with that band, returned home to Chicago, holed up in an attic recording studio and wrote and recorded the cycle of ten songs, each assigned to particular months of the year, he titled The Year Of No Returning. His aim was the self-professed ‘lofty goal of real protest’. Initially self-released, The Year Of No Returning was picked up byBar/None and released for the first time on CD in the Summer of 2013.

For Day of the Dog it’s all about the rock ‘n’ roll with some punk panache thrown in. Ezra once again has re-invented himself , this time as an angry young man ready to throw himself on the pyre in search of the redemption that will follow.

‘Please take the five stars not as a statement that this is the best record of 2013, but as a delighted endorsement of a genre classic. Clever, funny, sharp and tuneful – a great rock’n’roll record’ – The Guardian