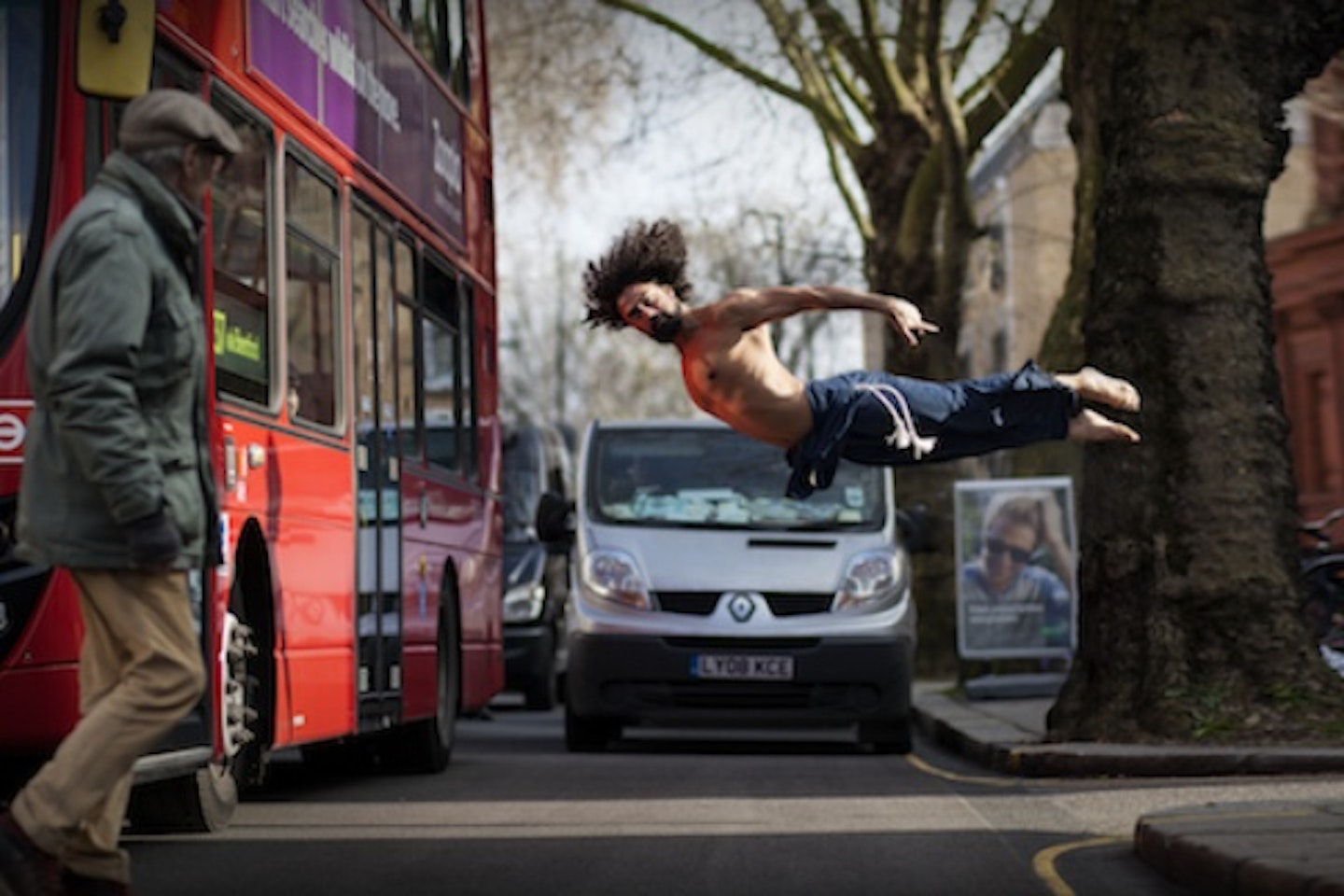 Extemporaneous is a dance vocabulary that Salah built from improvisation and remains improvised, developed initially for himself in order to overcome his challenge of remembering choreography due to being borderline dyslexic.

Extemporaneous is one of three elements that make up the founding signatures of Salah’s dance choreography. The others are drawing inspiration from his Egyptian, African, Middle Eastern heritage and his eclectic mix of other disciplines he trained in (martial arts, kung fu, yoga, whirling Dervish, Egyptian folklore, hip hop, capoeira, ballet, contemporary).

Bio:
Hailing from Egypt, dancer, performer, choreographer and dance teacher Salah El Brogy is a graduate of Cairo Opera House Contemporary Dance Theatre School, where he trained in dance, acting, singing, theatre and music – turning him into an all round artist. He has a variety of dance backgrounds, from ballet to hip hop, street dance, folklore, Latin, jazz and capoeira.
Starting his life with martial arts at the tender age of eight, Salah eventually joined his home city’s Ismailia Folkloric Dance Troupe in his teens. However, Salah has had a constant thirst for the next challenge and subsequently joined the Reda Troupe, the first and biggest folklore dance company in the Middle East. He also earned a place in the prestigious Cairo Opera House Contemporary Dance Theatre School, and stayed with the Company upon graduating as one of its soloists.
He choreographed his first production in 2007 entitled Incidents Change but the Meaning is One. In 2008, the French Cultural Centre in Cairo (now French Institute) awarded him the Best Dancer Award for his part in The Newspaper and the following year he choreographed, performed and toured his solo Adrenalin in Lebanon, UK, France and Egypt.
From 2010-2012, Salah worked as lead dancer for Akram Khan Company‘s Vertical Road and upon finishing the production’s run, he opened Salah El Brogy Company to pursue his own artistic vision.
His company credits include: Hurriyah (Freedom) (2013, Nour Festival); Halfway to the Other Side (2014, International Dance Festival Birmingham and The Place's Spring Loaded); The Moment (2014, Nour Festival and 2016, The Mosaic Rooms); The Race (2015, The Place's Resolution Festival); GLITCH (2016, The Place's Resolution Festival) and Letting Go (2016, Ignition Festival).
Salah has been nominated for Dance London’s Emerging Choreographer Award 2015.