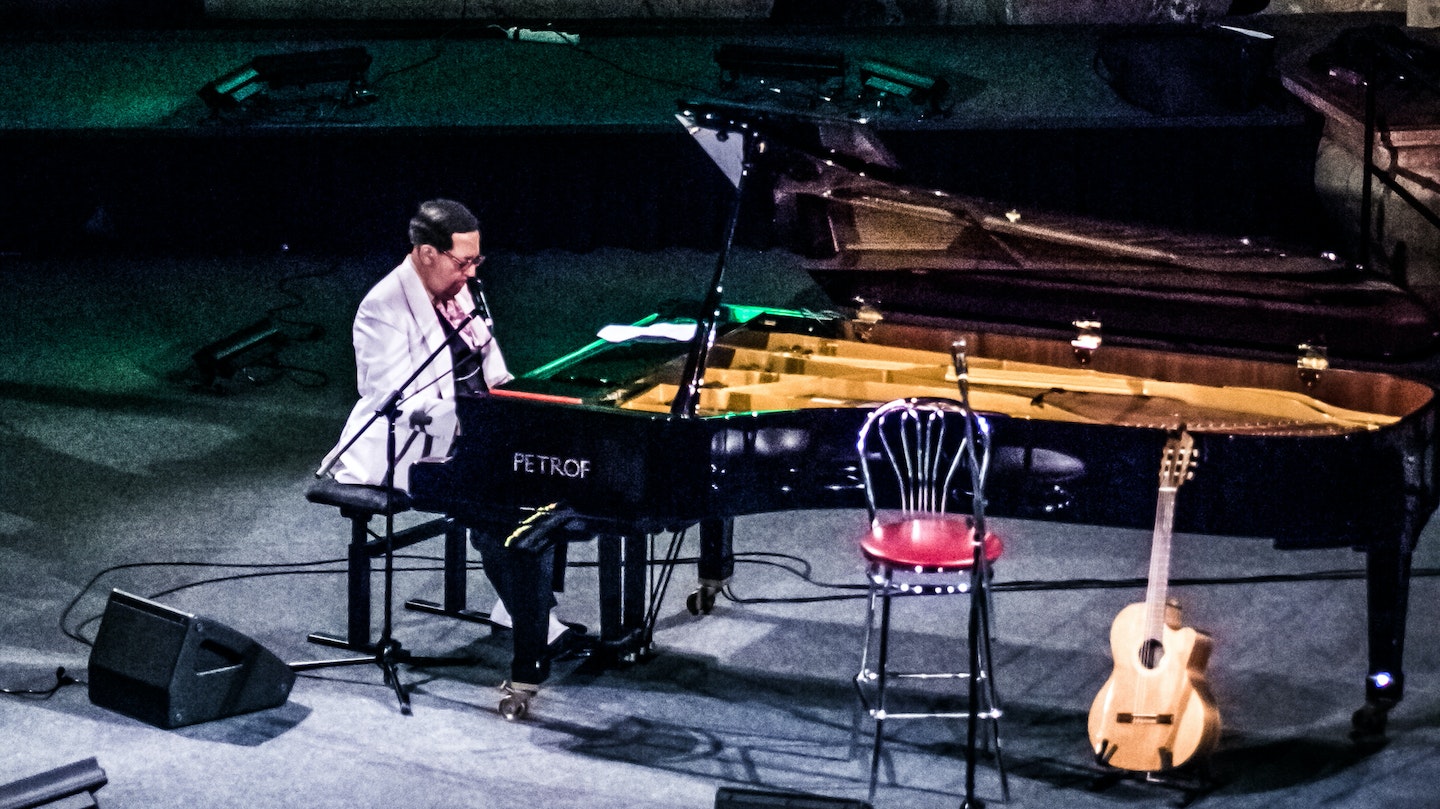 Earl Okin has been one of the UK's finest Jazz and Bossa Nova singers for more years than he cares to remember. He has performed alongside everyone from Benny Carter to Stephane Grappelly, Adelaide Hall to Cleo Laine and at every major venue in London...not to mention concerts around the world.

Earl's debut at The Hampstead Jazz Club will feature songs from the Great American and Brazilian Songbooks, plus Earl's own compositions...all wrapped in his own distinctive brand of humour. Earl will accompany himself on piano or guitar...and naturally, there'll be some of his famous 'vocal trumpet' solos.

Earl Okin has been performing for over 50 years. He began, signed to the same company as the Beatles and recording his first single at Abbey Road in 1967 while his songs were recorded by Helen Shapiro, Georgie Fame and Cilla Black, but his main influences were always performers like Peggy Lee, Mel Tormé and Joao Gilberto, not to mention Louis Armstrong and Duke Ellington, spending his youth playing in various coffee houses in Hampstead...that's when he wasn't collecting old recordings by the great opera singers of the past, such as Enrico Caruso and Feodor Chaliapin, still his favourite listening!

His collection of 78s now exceeds 10,000, including classic Jazz and Music Hall recordings and every month he puts together a podcast of some of the best music on pre-vinyl records...Search for 'Earl Okin's Gramophone Show'.

It was while listening to early Duke Ellington records as a teenager that Earl tried to 'join in' with the trumpets, and thus his 'vocal trumpet' solos were born.

So called 'Folk Clubs' were places where you could perform any acoustic music, including Jazz and these were where Earl learned his stage craft during the 1970s. It was also here that he first started performing his famed 'vocal trumpet' solos. He also toured as opening act for acts as varied as Ralph McTell, Van Morrison and Paul McCartney.

By the late 70s, he was being invited to sing with some of the greats of Jazz, such as Stephane Grappelly, Cleo Laine and Barney Kessel, while other greats, such as Benny Carter, Adelaide Hall and Milt Hinton, became personal friends.

In addition to performing at all the top London venues from the Royal Albert Hall to Ronnie Scott's etc., Earl has given concerts literally around the world, (Jazz in New York, Bossa Nova in Brazil(, and this concert is sandwiched between performances in Lithuania, Spain and Australia.

Last but not least, Earl has entertained not only members of our own Royal Family, including the Queen, but also the Royal Family od Sweden.

No wonder that some call him a 'national treasure'.