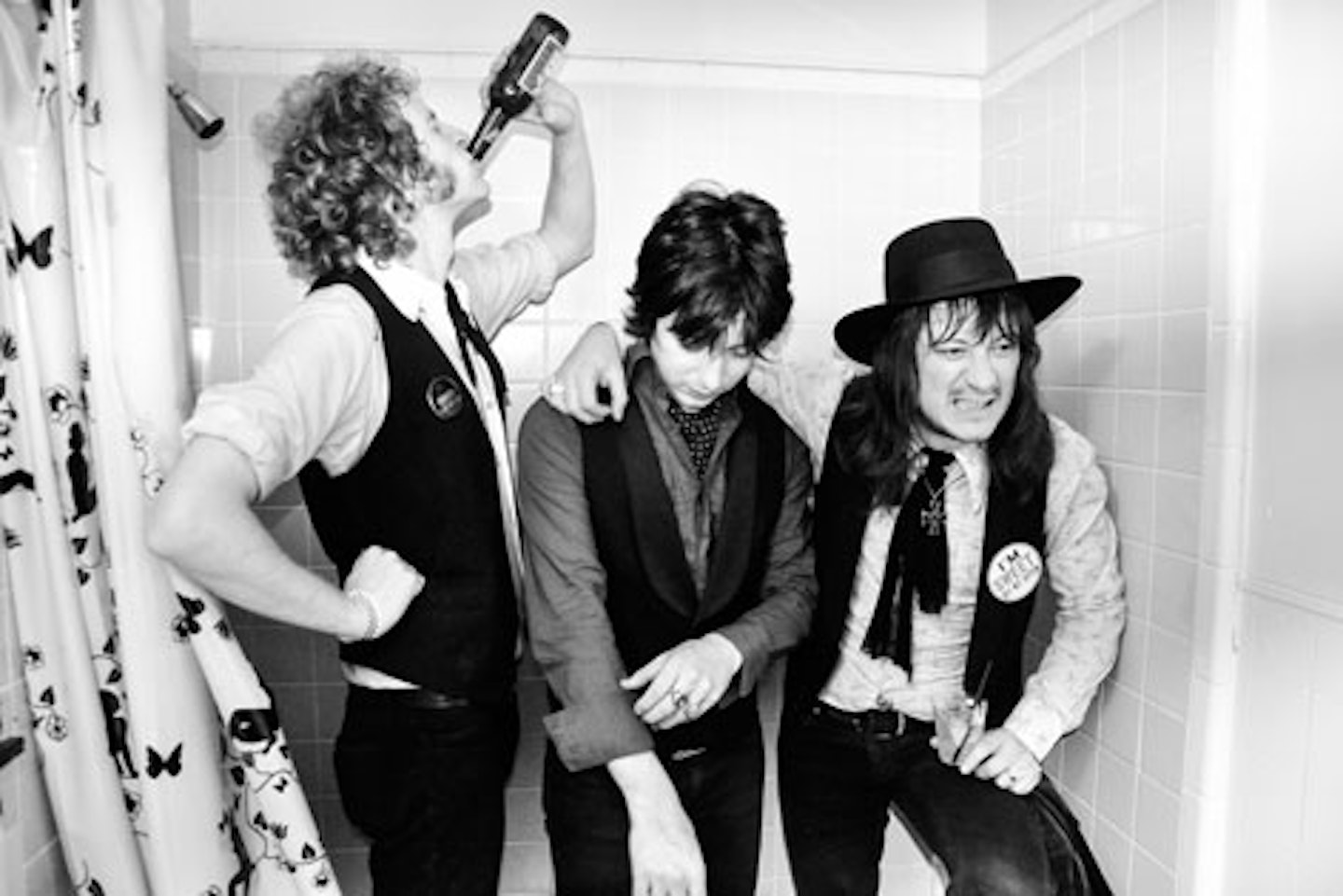 Daddy Long Legs, New York City's most blueswailing trio, have been spreading their gospel throughout the globe since the release of their debut album Evil Eye On You (Norton Records, 2012).

Now the boys return with their second full length offering, Blood From A Stone – 13 stunning new studio tracks produced by Matt Verta-Ray (Heavy Trash), which sees the band maintain the wild, raw energy of their first record, but reveal a growth in both songwriting and production. The end result is the original, unbeatable, revival-tent mayhem that alternately sweats, bleeds, shouts and stomps real-deal roots and blues. Hear the thump and bash of drummer/percussionist Josh Styles, searing slide and rhythm from multi-talented guitarist Murat Akturk, and the signature howling harmonica of Daddy Long Legs himself.

The band has performed onstage with The Sonics, The Jon Spencer Blues Explosion, Alabama Shakes, The Jim Jones Revue, and backed Chicago legend T. Valentine on his album The Vampire. A recent tour of Spain heralded them winners of Best Live Performance of the Year – a true honour! For fans of Howlin' Wolf, Captain Beefheart, Little Walter and Dr. Feelgood.

Main support comes from Bones Shake, a scuzzed, fuzzed blues three-piece from Manchester. They play everything into the red; violent bottle neck blues riffs, drums kicked, pounded and twatted, and squeals of reverb drenched vocals all combine to help save your soul.

Bobbie Peru complete this triple bill. Bobbie Peru are an eclectic rock band formed by Robert Genovese in Manchester in January 2006. Bert is a singer/songwriter/guitarist who is originally from Waterbury, Connecticut, USA who was signed by Manchester label Storm. The band’s music is heavily influenced by indie, garage and post-punk movements. Their sound is an unpredictable mix of stabbing/distorted guitars, social commentary and an abrasive rhythm section.