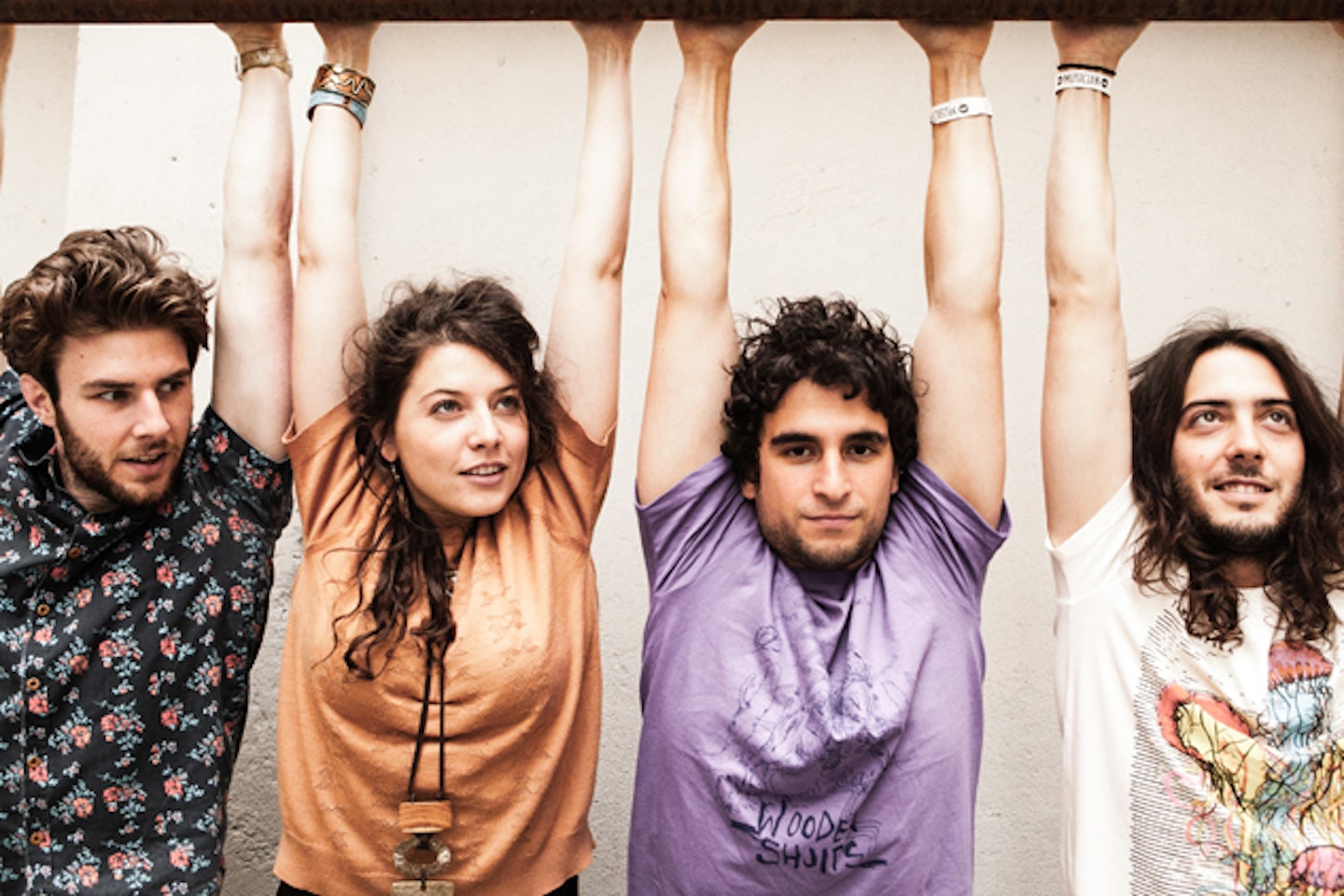 Cristobal and the Sea

Cristobal and The Sea 9pm

Please note that ticket holders will only be guaranteed entry if they arrive before 8.30pm.

Cristobal And The Sea are a proper European union of a band, if ever there was one. The quartet hail from four corners of the continent.
They are: Alejandro Romero from Spain (bass/vox), João Seixas from Portugal (guitar/vox), Leïla Séguin from Corsica/France (flute/vox) and Josh Oldershaw from old Blighty (drums).

Within this melting pot of dreamy tropicalia there are notes of their southern Mediterranean culture and an unintentionally Brazilian bossa nova feel in João’s guitar style, all underpinned by a beat-generation vibe that seeps into all their songs. This has all been perfectly captured on the band's debut by Brooklyn producer, Rusty Santos (Animal Collective, Vashti Bunyan, Grizzy Bear).

From The Beach Boys’ vocal harmonies to Fleetwood Mac (if they’d have favoured LSD over their beloved cocaine), Gilberto Gil to Gainsbourg and a whole host of modern artists, Cristobal & The Sea have taken their varied inspirations and diverse cultural backgrounds & melded them into their own distinct sound, creating rich, warm & disorientating songs that swirl with psychedelia, but never forget the importance of melody.

Cristobal and the Sea