Twice as Nice Comedy is proud to join forces with Princess of Wales in Primrose Hill to put on another night of stand-up comedy in their atmospheric upstairs bar and will offer top name comics and circuit regulars.

Performers on the night:

One Third of The Penny Dreadfuls sketch group, who performed regularly on the Fringe and recorded the BBC Radio 7 series The Brothers Faversham, which was repeated on Radio 4, and the two Radio 4 afternoon plays Guy and Revolution. In 2011 he made his solo Edinburgh festival debut with the stand-up show Thom Tuck Goes Straight to DVD where he was nominated for the Best Newcomer award. 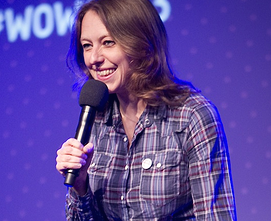 KATIE LANE: "Her set on hideous wedding dresses and being a middle-class white woman living in Brixton was well-deserving of its prize" - Feminist Times

MARK CRAM: "[I've seen him] smash rooms to pieces with his exceedingly individual he has become one of the UK's indy rising stars." Chortle