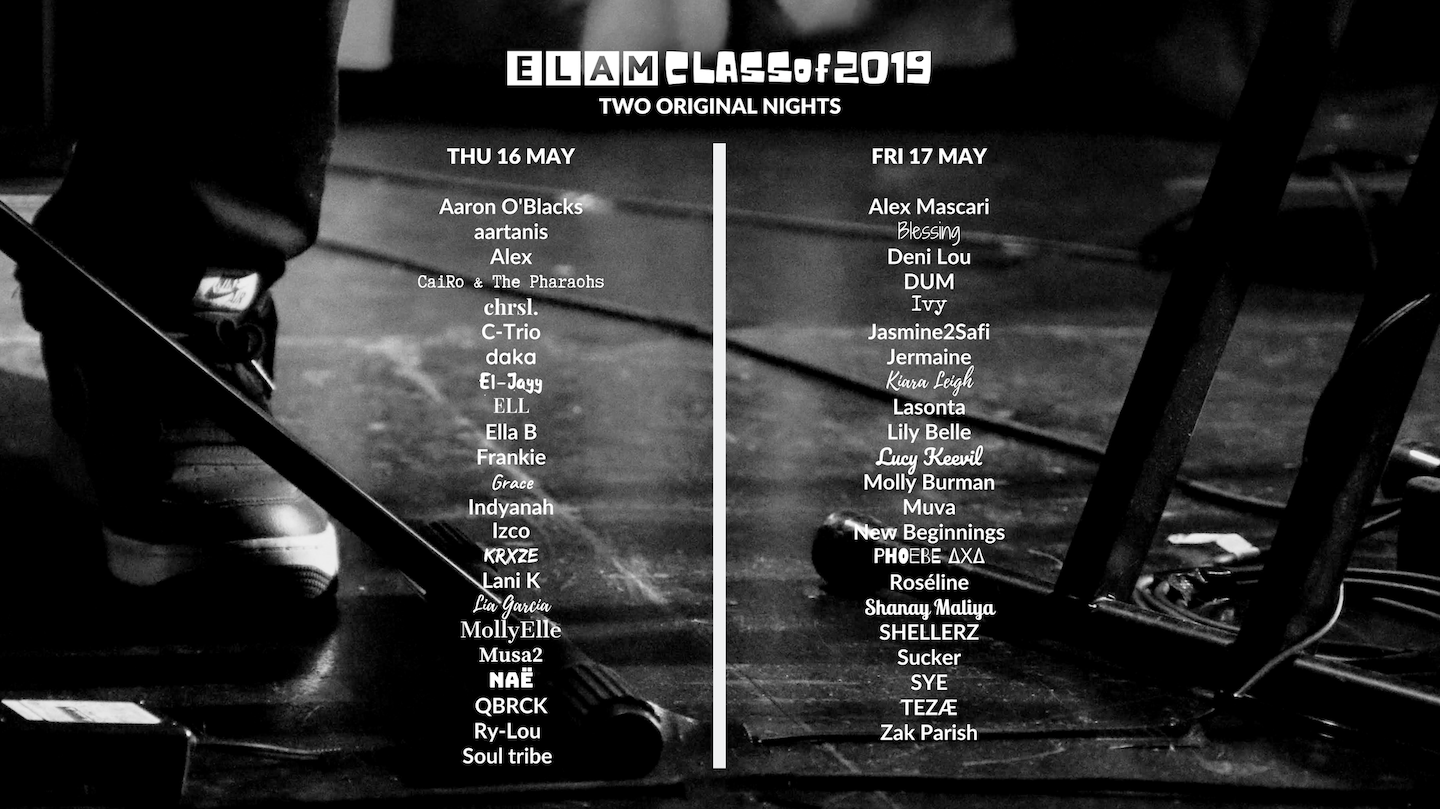 THIS EVENT IS SOLD OUT. STRICTLY NO TICKETS ON THE DOOR.

Bromley-by-Bow, London - This May sees the much-anticipated return of ELAM’s annual graduation shows with two nights of ‘Class of 2019’. ELAM has gone from strength to strength since first opening its doors in 2014, regularly launching the careers of the next generation of music talent from its home on the A12.

This will be the third year ELAM hosts its ‘Class of…’ series, a 2-night musical feast set to a backdrop of world-class lighting and newly-installed 300-inch LED screen. Previous shows served up breakthrough performances from the likes of alumni Aeris Roves (since signed to Sony RCA), RASiDA (who recently performed at the Royal Albert Hall) and Jvck James (his COLORS session met with critical acclaim). Director of Music, David Crozier, says: “I’m often asked whether it’s apparent at the time that a student will go onto big things. Well, for those who it is, this is the show where they really plant their flag.”

This year, there’s talent brimming from every act. Listen out for the soulful tones of East London’s QBRCK, whose loving and lustful lyrics borrow from the golden ages of hip-hop and jazz, get hyped for old-school garage and grime with Hackney-based Rinse FM resident, Izco, and shape-shift with North London’s 1Xtra-featured Jasmine2Safi as she effortless blends influences of Sampha, Gorillaz and Janelle Monae. Incidentally, all three will grace All Points East festival on Victoria Park in May/June. This really is an A&R’s dream come true.

Earlier in the year, ELAM’s live shows reached their peak of success, selling out iconic venues across London as well as ELAM’s own 450-seat Innovation Lab. Expect tickets for both nights to sell out fast.

‘East London Arts and Music’ is the Industry Academy for 16-19-year-olds interested in pursuing a career in Music, Film & Television Production, and Games Design, founded in partnership between educators and the creative industries. Find out more about ELAM at elam.co.uk