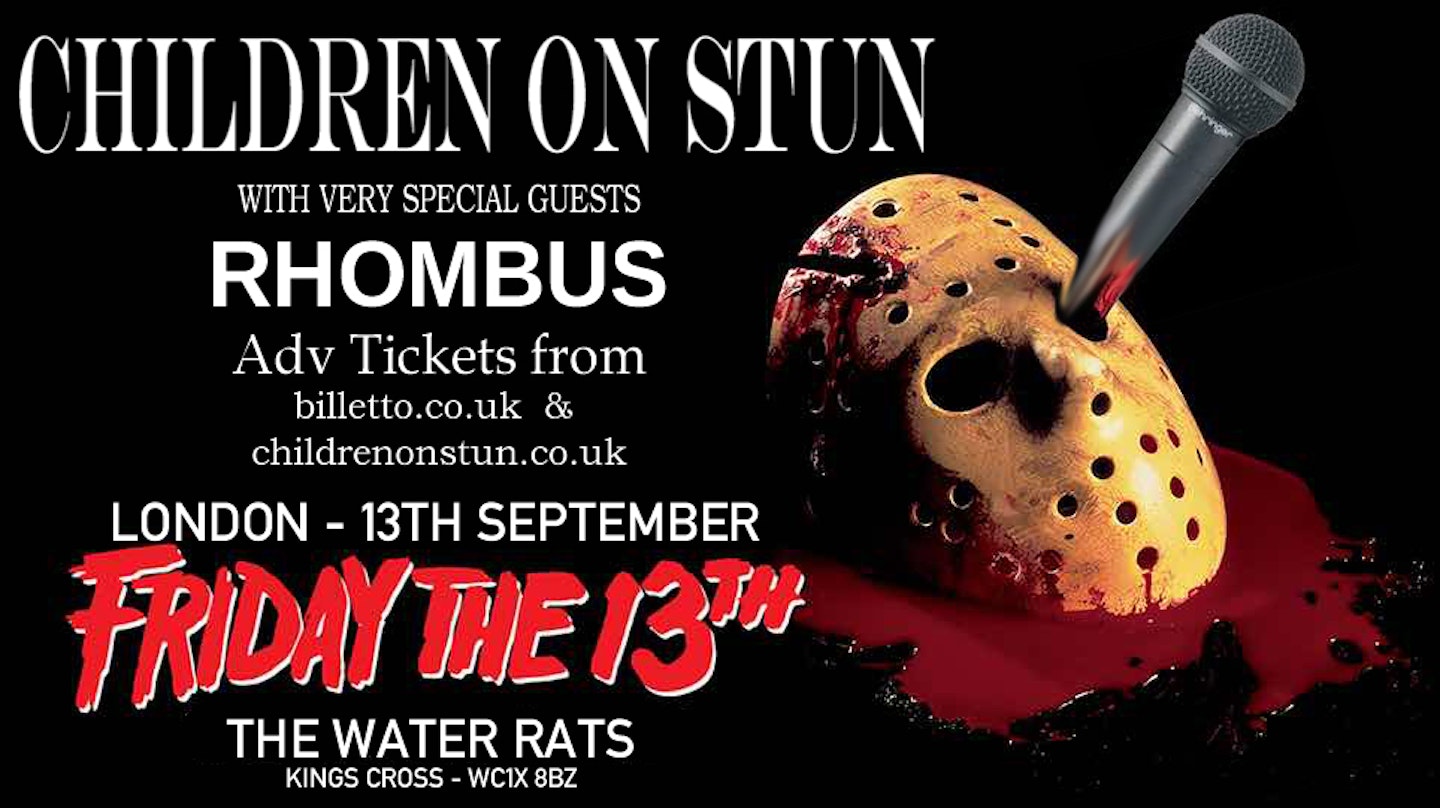 The Stun are back in London with special guests Rhombus.  Raw, exciting and famously chaotic, Britain's second wave goth heroes 'The stun' will tempt fate by performing on Friday the 13th at the Water Rats in London's King's Cross, WC1X 8BZ. What could possibly go wrong?

Joining the Stun are Rhombus, regarded as one of the finest Goth Rock bands to emerge from the North of England in many years.  Rhombus combine elements of 80s/90 UK Goth, with their own modern, upbeat approach. Rhombus has cultivated an exceptional reputation for their live performance, winning over audiences and powering the party.