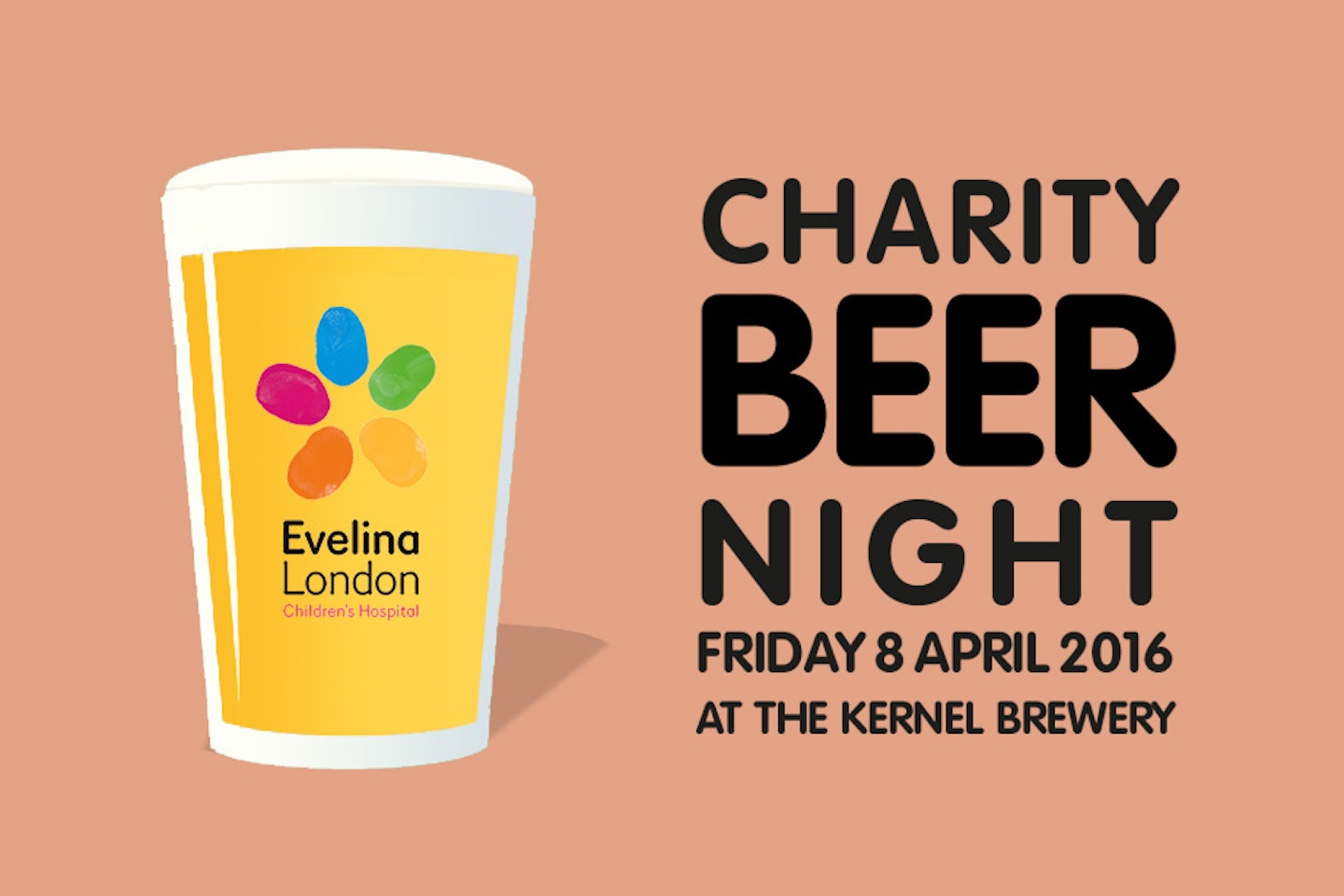 An event featuring many delicious beers where every penny you spend goes to charity?

In April 2016, beer writer Mark Dredge is running the London Marathon and is raising money for Evelina Children's Hospital. In March 2013, Mark's week-old nephew Lucas was rushed to Evelina where he spent a week in intensive care. The hospital saved his life and now Mark is raising money to say thank you in the best way that he knows – drinking beer.

On Friday 8 April, at The Kernel Brewery in Bermondsey, this one-off event will see a range of amazing beers on tap, all selected by Mark. All money raised from the tickets (apart from the booking fee) will go to charity – breweries have donated the beer and the staff are working for free. Full beer list includes: Cloudwater, Gipsy Hill, The Kernel, Forest Road, Summer Wine, Pilsner Urquell, Boulevard, Firestone Walker, Brew By Numbers, Vocation, Chorlton, SeaCider.

The ticket gets you entry and five glasses of beer (each is 2/3 pint - with smaller pours for anything very strong). If you want to drink extra then all additional beers are paid for with cash donations on the night (just respect that this is a charity event!).

There will be a limited amount of cider but no wine or spirits. Food will be served by Grill My Cheese. Cash only on the night.

Doors open at 5pm and will close promptly at 10pm.

If you would like to donate to the fundraising but can't attend the event, then Mark's fundraising page is here.