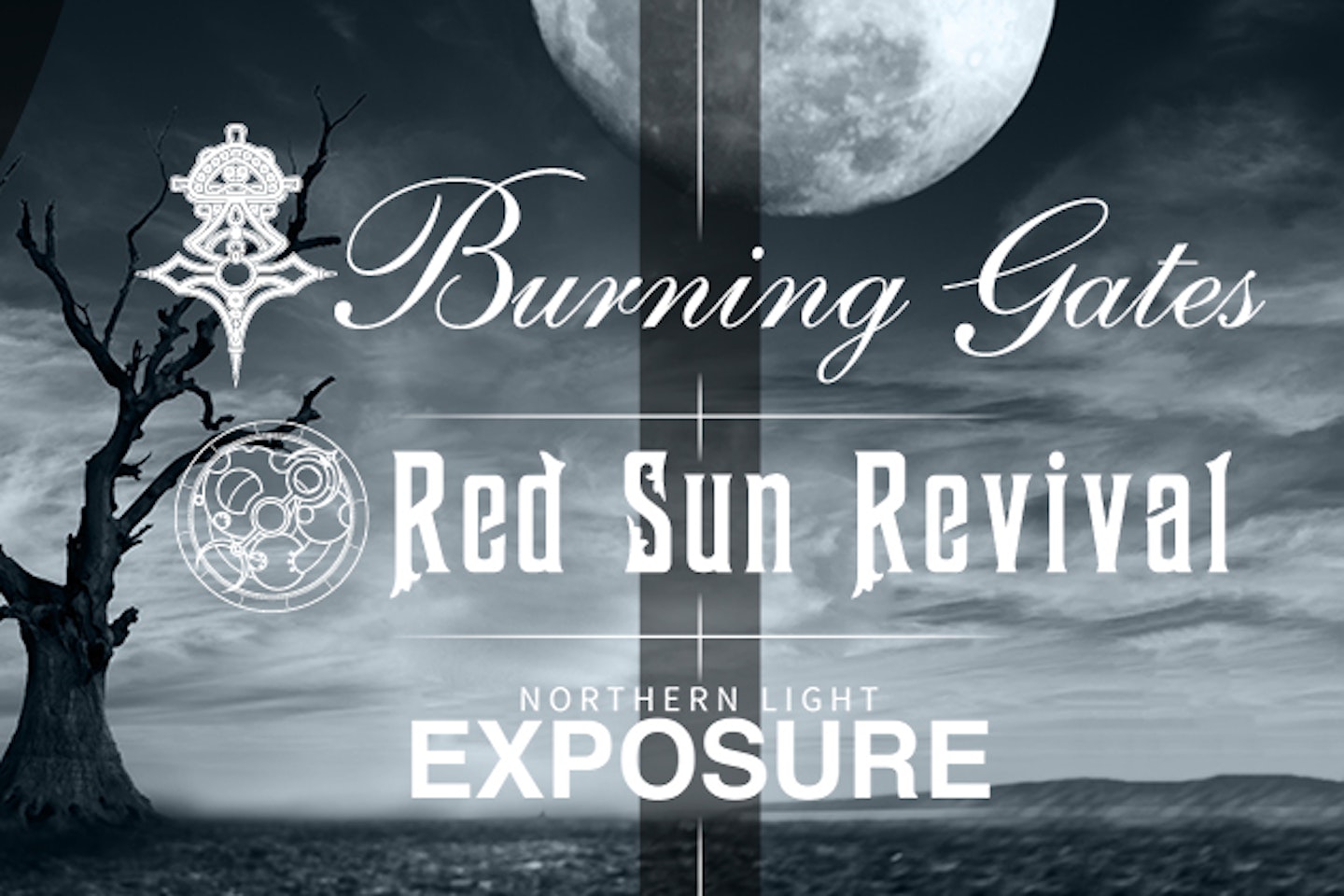 We are delighted to announce that Burning Gates are going to be back in the UK as part of their twentieth anniversary tour, 16 years after the last time they played over here; and like that time, there is a London gig – back then at a sold out and absolutely packed Devonshire Arms, this time at the Underbelly on Hoxton Square, in East London!


On the occasion, they will be joined by some very special guests: Red Sun Revival will co-headline the event, both bands are going to play full sets making it a truly special night.
And completing the line up, excellent new band Northern Light Exposure will open proceedings on the night.

Burning Gates are a gothic rock band from Turin, Italy, active from 1995 to 2001, during which time they released three albums (Risvegli, Aurora Borealis and Wounds), a single and many songs on compilations, and extensively toured Europe, taking part in many iconic festivals among which the WGT in Germany, Judgment Day in Austria and Carnival of Souls, Invocation – The Edge of Darkness, and Dystopia in the UK. In 2015 they decided to reform to celebrate their 20th anniversary, with a limited number of gigs which will carry on throughout 2016. They finally arrive in the UK after fantastic shows in Spain, Italy, Denmark, Germany and Luxembourg.
This may very well be the last chance to catch their powerful gothic rock, rich with influences from post-punk and 80’s alternative rock.

Red Sun Revival are an alternative/gothic rock band based in London. Formed in 2011, the band’s sound is defined by shimmering guitar melodies, driving bass, baritone vocals, and haunting violin. The band have released two full length album “Running from the Dawn” in 2012, and “Identities” in 2015, in addition to a four track EP “Embers” in 2014. These releases met with critical acclaim and the band have quickly established a solid international following and have played extensively both at home and abroad. Red Sun Revival are joined live by Simmon Rippin on drums completing their strong line-up. Red Sun Revival will showcase both old and new material and deliver a powerful fusion of alternative rock and orchestral soundscapes.

Indie post punk revivalists Northern Light Exposure formed in London in 2014. Inspired by the aurora borealis, their name aptly tags their atmospheric multi-layered post-rock, while their sounds nods to their forefathers: the likes of the Doves, Interpol, and Editors. Songwriter Andrew Glen and guitarist Tom Cavanagh met through an online forum and founded the band off a shared love of seminal 80s groups Echo & the Bunnymen and The Sound, effect pedals and single malt whisky. Their new EP, 'An Honest Way of Living' is due out soon.

The Underbelly Hoxton Square is a basement rock “n” roll Live Venue & Club beneath Zigfrid and it is arguably the coolest venue in London (or so they claim!)