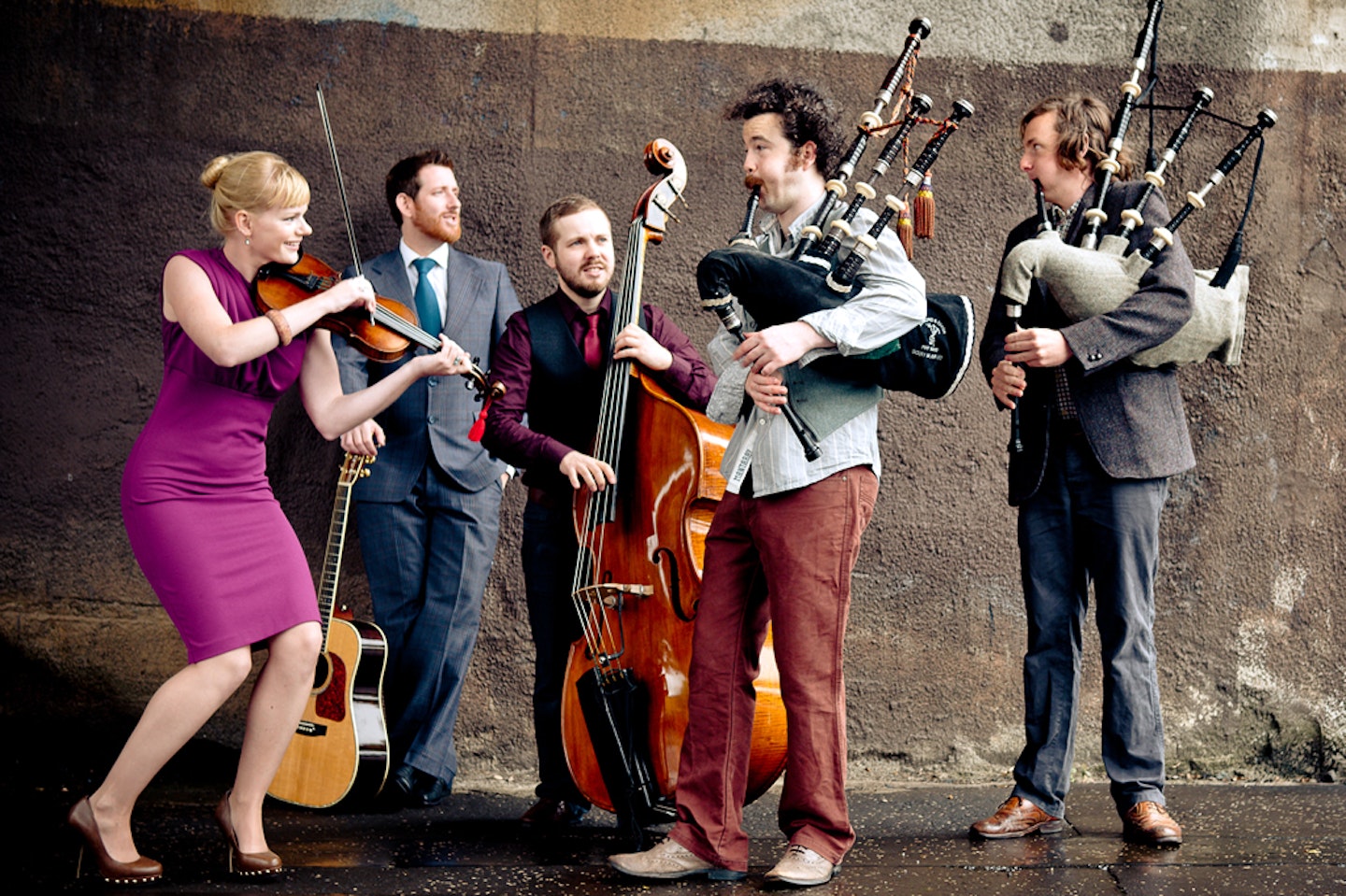 ”As disciplined as they’re fiery, as tasteful as they’re exhilarating, they blend the best of old and new in truly compelling style.” Scotsman

Breabach are coming to Elgin to deliver their own thrilling and unique brand of contemporary folk music, which has earned the group international recognition on the world and roots music scene as one of the UK’s most dynamic and powerful bands.

Voted ‘Best Group’ at the 2013 Scots Trad Music Awards, Breabach have also received nominations in the BBC Radio 2 Folk Awards and as ‘European Folk Group of the Year’ in the German Folk Awards. The band intertwine highland bagpipes, fiddle, guitar, bass, flute, bouzouki, step dance, Gaelic and Scots song to produce a diverse and captivating performance. We’re excited to welcome them to the Drouthy Cobbler.