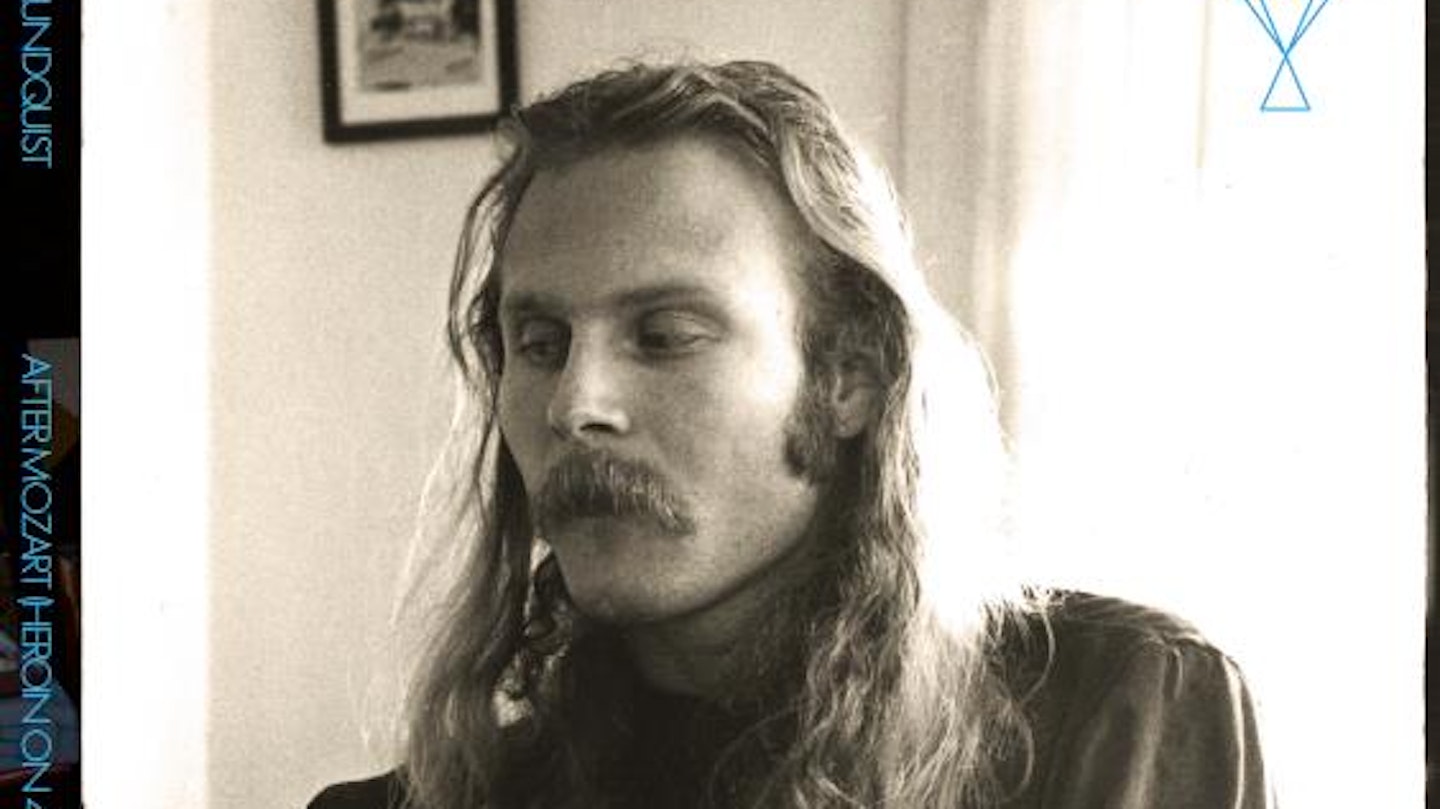 New River Press is extremely proud to present the London launch of Robert Lundquist's After Mozart (Heroin On 5th Street) - a collection comprising of five decades of work, previously only available in magazine archives, anthologies, and out-of-print chapbooks.

Lundquist’s poetry is full of a longing to heal and a longing to be healed. Broken romances, addicts, neglected children. His central theme is suffering; how we suffer and the ways in which we experience it. Destitute characters cry out through hallucinatory flowers and insects and ice cubes. These voices are softly cradled, not hard nosed noir. Abstract images resisting order building an immersive vagueness. It is almost spiritual, though more intimate than doctrinal. Through wild experiments with form he builds an idiosyncratic surrealism. Repetitions and half rhymes drum up strange hymns, and power a tension between overwhelm and control that drives the work into a state of ecstatic compassion.

Though he has been published in The Paris Review, The Nation, Raymond Carver's Magazine Quarry West, this is Lundquist's first full length collection of poetry. It contains a lifetime of work previously only available in magazine archives, anthologies, and out-of-print chapbooks. This is rare occasion to see a lost genius perform at the wonderful Housman's Books in Kings Cross, London.

He will be welcomed to London with performances from poets Greta Bellamacina, Robert Montgomery, and Ana Seferovic, and haunting melodies from songwriter Sophie Naufal.

GRETA BELLAMACINA
is a poet, filmmaker, and actress who co-founded New River Press. Andy Warhol’s Interview magazine says Greta, “is garnering critical acclaim for her way with words and her ability to translate the classic poetic form into the contemporary creative landscape.” She edited the collection Smear: Poems For Girls. Her Selected Poems 2015-17 has been published in English by New River Press and in Spanish by Valparaíso Ediciones. She recently directed, wrote, and starred in her debut feature film Hurt By Paradise, which was nominated for the 2019 Michael Powell Award for Best British Feature Film at Edinburgh International Film Festival.

ROBERT MONTGOMERY
is a Scottish visual artist and poet who co-founded New River Press. He creates billboard poems, light pieces, fire poems, woodcuts and watercolours. Dane Weatherman in Black & Blue Journal wrote that “to encounter his work is to have your body filled with a sad thunder and your head filled with a sad light. He is a complete artist and works in language, light, paper, space. He engages completely with the urban world with a translucent poetry.”

ANA SEFEROVIĆ
is a Belgrade born poet and writer. She is interested in the relationship between a system and an individual, especially fascinated by outcasts, but also an outcast in each and every of us, because an outcast is where either system or an individual (or both) are breaking. She was a co-author of radio show and art platform PornoPop, examining sex and body as a battlefield of politics, art, literature and culture in general. She has published 4 poetry collections, she is a co-author of 2 plays and 2 poetry books. Her most recent collection, Materina, explores the Balkan wars of the ’90s through a feminist lens, and garnered widespread acclaim in Serbia.

SOPHIE NAUFAL
is a London-based British Lebanese composer and performer. As a singer-songwriter and guitarist she writes wry, dark, and sharply observed narratives of modern life. She has performed around the U.K. as well as in Portugal, Lebanon, Australia, America and Thailand, where she spent time as the resident musician in a jazz bar. As a composer and producer she has written for theatre, film, and performance pieces.
-----

From Mersiha Bruncevic's review of After Mozart (Heroin On 5th Street) in 3:AM Magazine:

"As a poet, Lundquist finds an organising myth in water. Water manifests itself as the giver of life, the bringer of death and the keeper of time, never taking on just one role and often embodying all three at once. It is a pretty formal move on his part, considering the experimentation and autonomy of form that otherwise characterise his work. Also, it is a strikingly consistent vision, given the five decades behind these poems.

Nevertheless, it is the many faces and shapes of water that inform his poems: sea water, shower water and tides; water’s bodily derivatives, tears and sweat and saliva and blood; its darker derivatives, waters that drown you, alcohol or heroin liquefying in a spoon; fermented or sugared water like Jack Daniel’s and Coca Cola. Lundquist is constantly seeking it, he looks for it everywhere and he sees it in everything.

The ancient practice of looking for a source of water in unlikely places is known as water divination, or water witching. The one who does it is called a dowser. And Lundquist is skilful dowser in these poems. He conducts his water witching among the stony buildings, the cracked pavements, the smoggy air of his neighbourhood, with patience and poetic steadiness."

Robert Lundquist was one of the rising stars of the Santa Cruz renaissance. By the early 1970s he was published in the Paris Review, anthologized in Raymond Carver’s magazine Quarry West, and listed in Rolling Stone Magazine’s ‘Best 100 American Poets’. This is Lundquist’s first major work. Discover a lost genius in these pages.

These poems were written in bursts over five decades. From 1969 to 1973, from 1980 to 1985, and from 2014 to 2018. Lundquist has an extraordinarily sensitive voice deeply engaged with the works of García Lorca, César Vallejo, Paul Celan, James Wight, Wallace Stevens, and John Ashbery. He addresses themes of love, loss, alcoholism, and emotional pain. He meditates on death, romance, and beauty with wild formal experiments and a visceral, surreal vision that is all his own.

Central to his poetry is the changing spirit of Downtown L.A. The poet was raised and has lived his entire life there. His grandmother was a waitress in Union Station and his father an undercover policeman. Some darker chapters are inspired by a stint living next to skid row. The neighbourhoods of DTLA - the automobiles, diners, bars, wildlife, and characters they contain - are evoked here with a noir melancholy and hallucinatory brilliance.