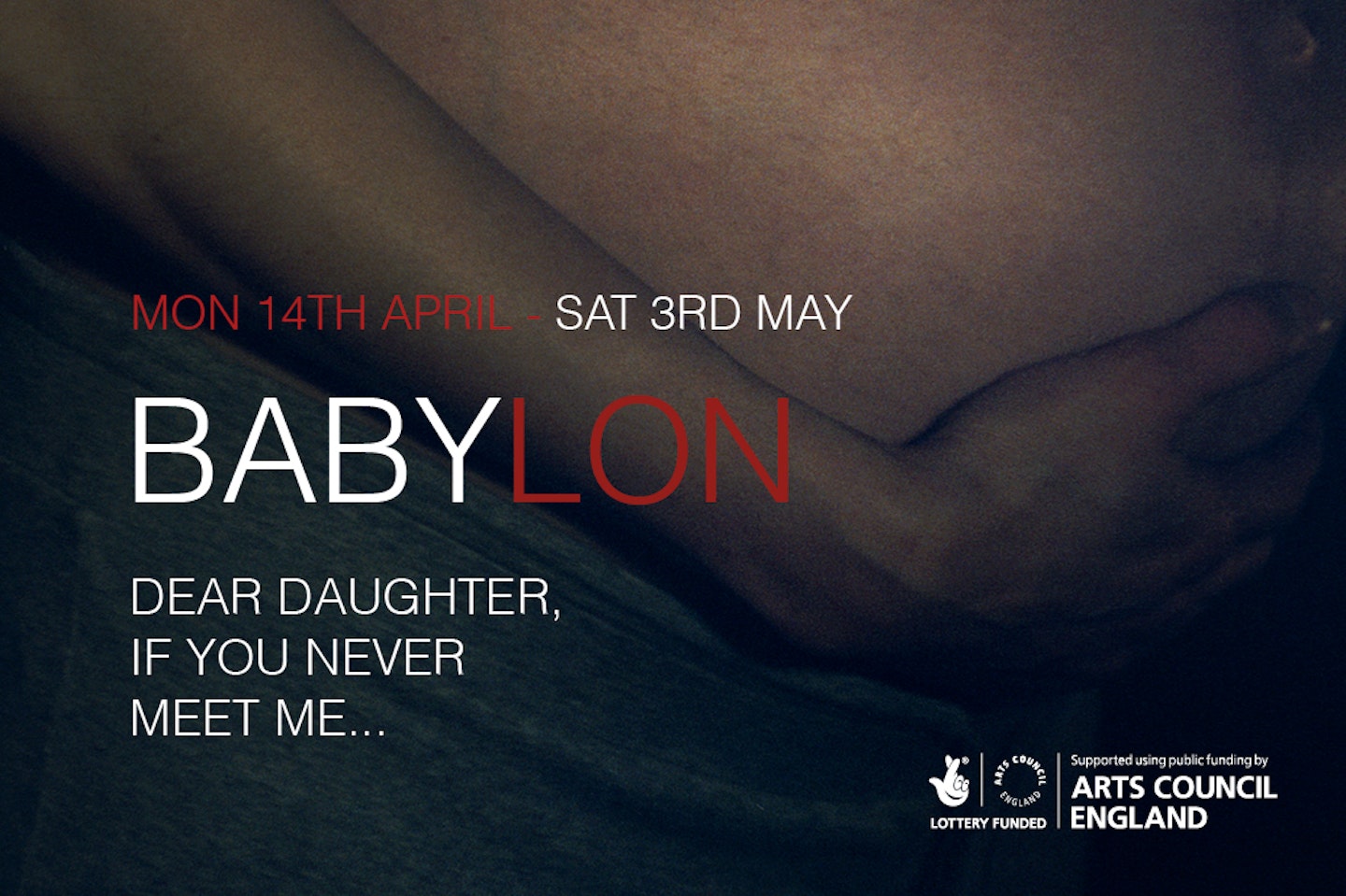 In response to demand we have added an additional very special MIDNIGHT MATINEE on FRIDAY 2ND MAY to our run. The performance will start at 22:45pm. Tickets are available NOW. Look to the bottom of the booking list and you'll find them. Don't miss this one off late night show! Tickets selling fast!!

Following the success of the widely praised show Phoenix in 2013, The Big House is back with a fiercely powerful and authentic show inspired by the personal stories of the cast. BABY/LON is written by Andy Day and directed by Maggie Norris.

Dear Daughter, If you never meet me...

I want you to know that my first thoughts of you were full of hope. As you grew inside me, I knew nothing about you, and I was still so deeply in love with you that I could hardly think. Pretty soon the past caught up, though. The walls closed in. The traps were set. I can't allow them to win. As long as I am still standing the fight is on. One day we will read this letter together and laugh in victory. I'm living for that day.

A child grows inside Madeleine. She fears for its future. No home, no family, renowned as a chaotic, rebellious nuisance by social services, she is already branded an unfit mother. But this time, she will fight. She will never give up, she declares, even if it kills her, not realising her struggle just drives her further into anger… into the margins of society and into the hands of those people planning to remove the child from her care before she even leaves the maternity ward.

'Visceral storytelling. Shot through with moments of pure theatre, graced with vivid, moving performances by an excellent young cast. A stirring opening statement from this exciting new theatre group.'
Jez Butterworth, Playwright of JERUSALEM and MOJO on PHOENIX

‘I’ve seen quite a lot of this sort of work with young people, but rarely anything so passionately or so brilliantly acted, and even more rarely so beautifully staged.’
Michael Coveney, Whatsonstage on PHOENIX